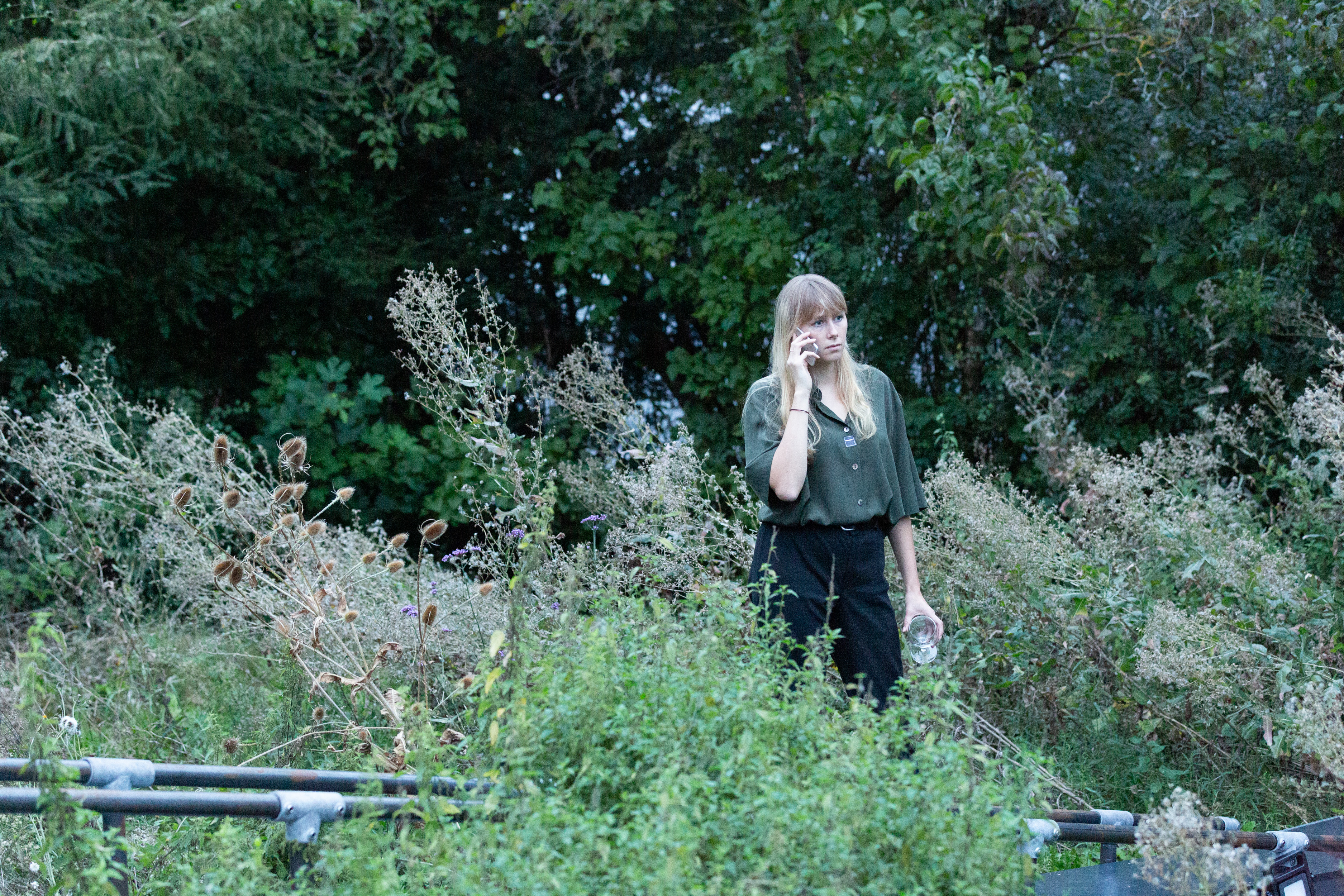 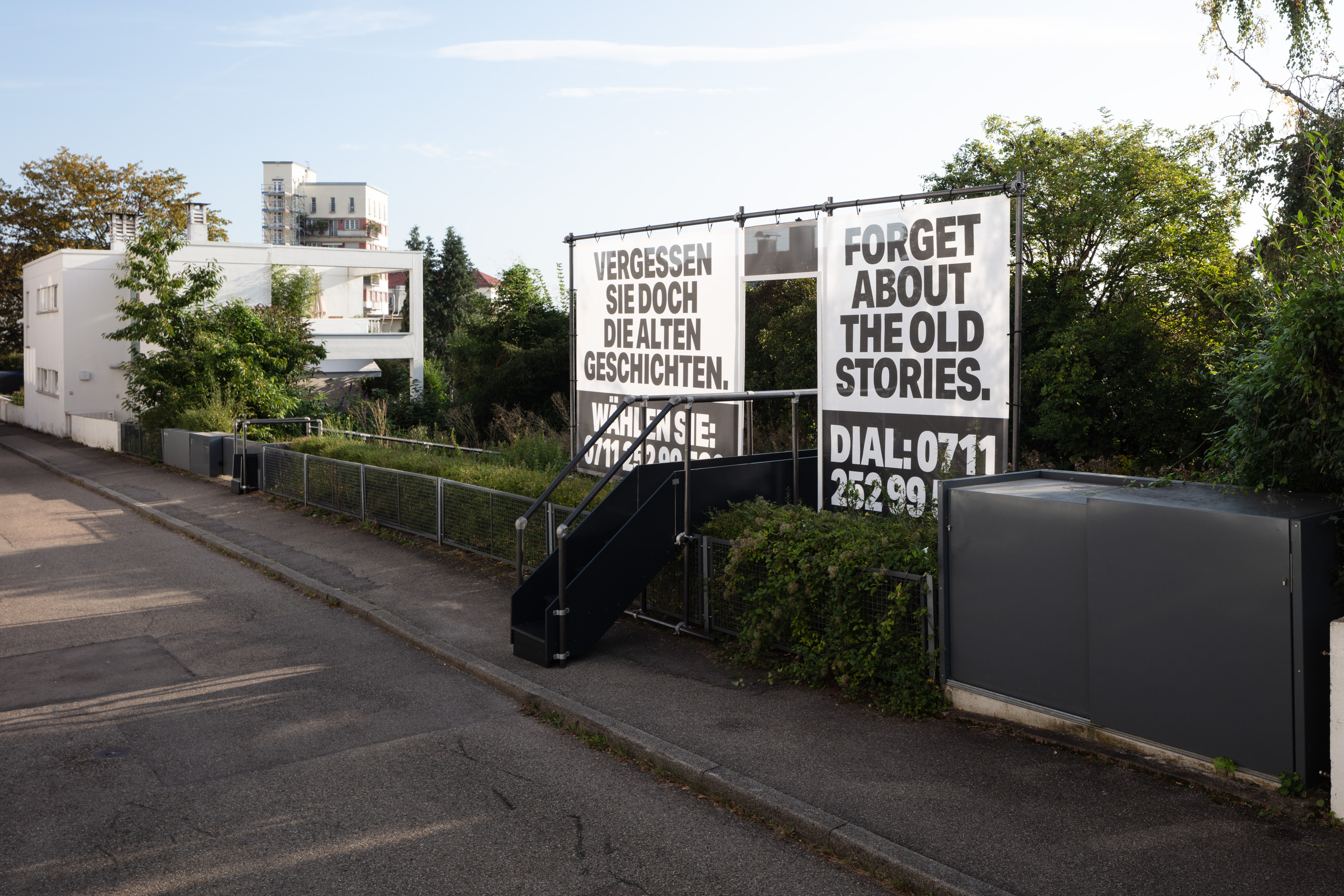 “brāhha” reflects the war’ s impact on the European (urban) landscape through 11 text miniatures that visitors are able to select using their smartphones. Visitors are guided across paths onto the overgrown site at Bruckmannweg 10 in Stuttgart’s Weissenhofsiedlung. It holds the remains of the building by Richard Döcker that was destroyed in 1944.

The Old High German word brāhha refers to the breaking up, the first plowing of the field, and as a linguistic analogy captures both the collective-historical and the individual process of “approaching one’s own buried past” (Walter Benjamin). 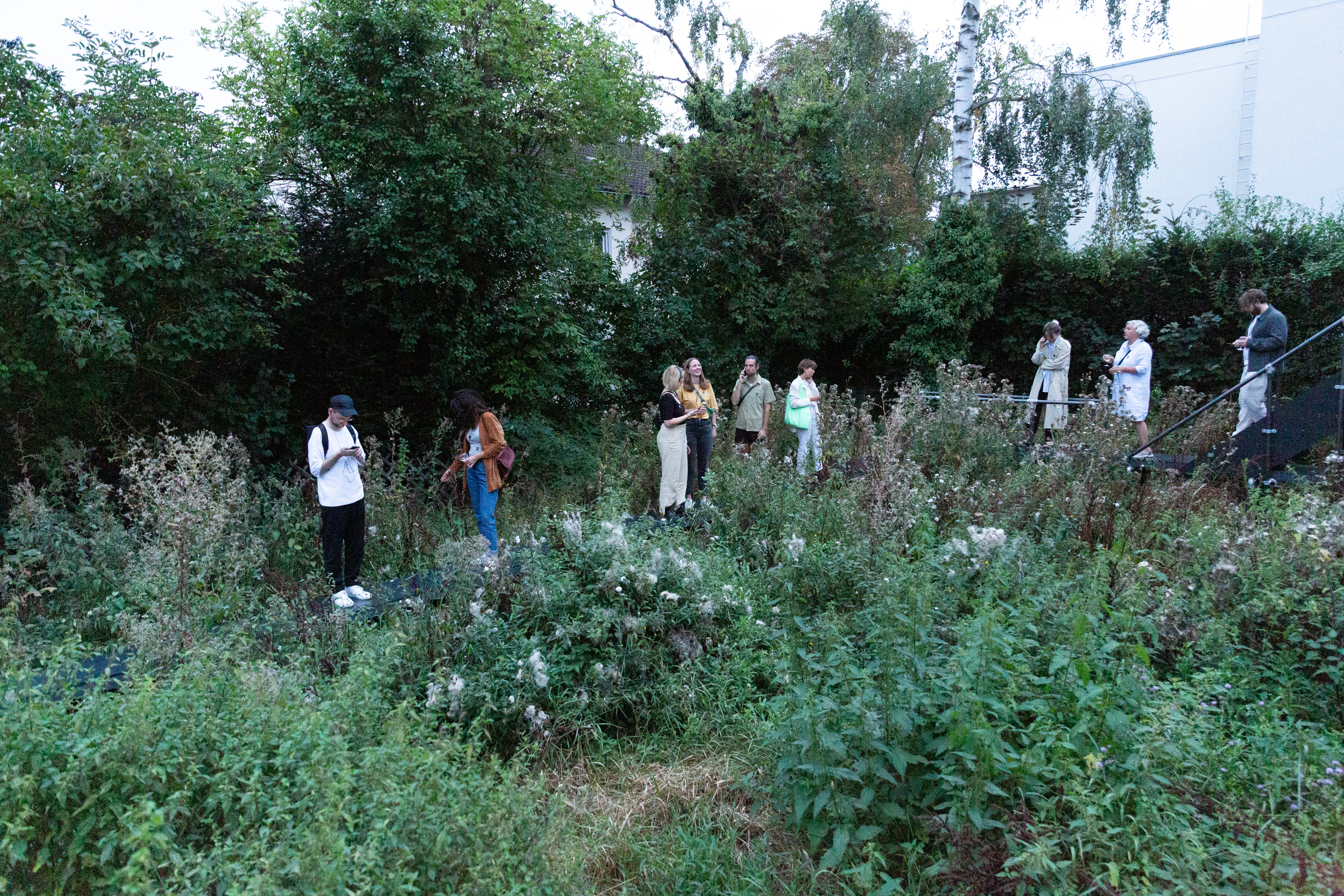 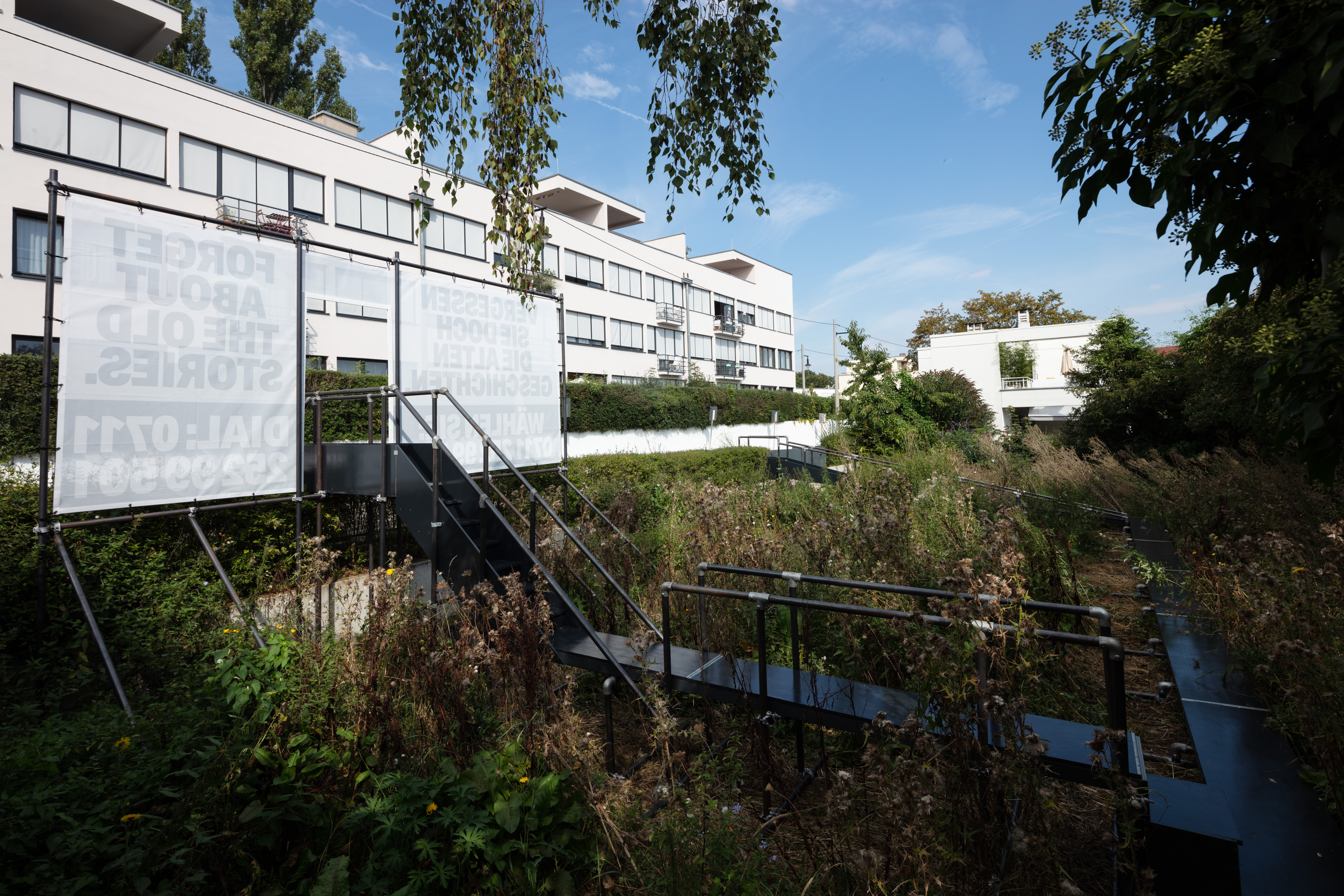 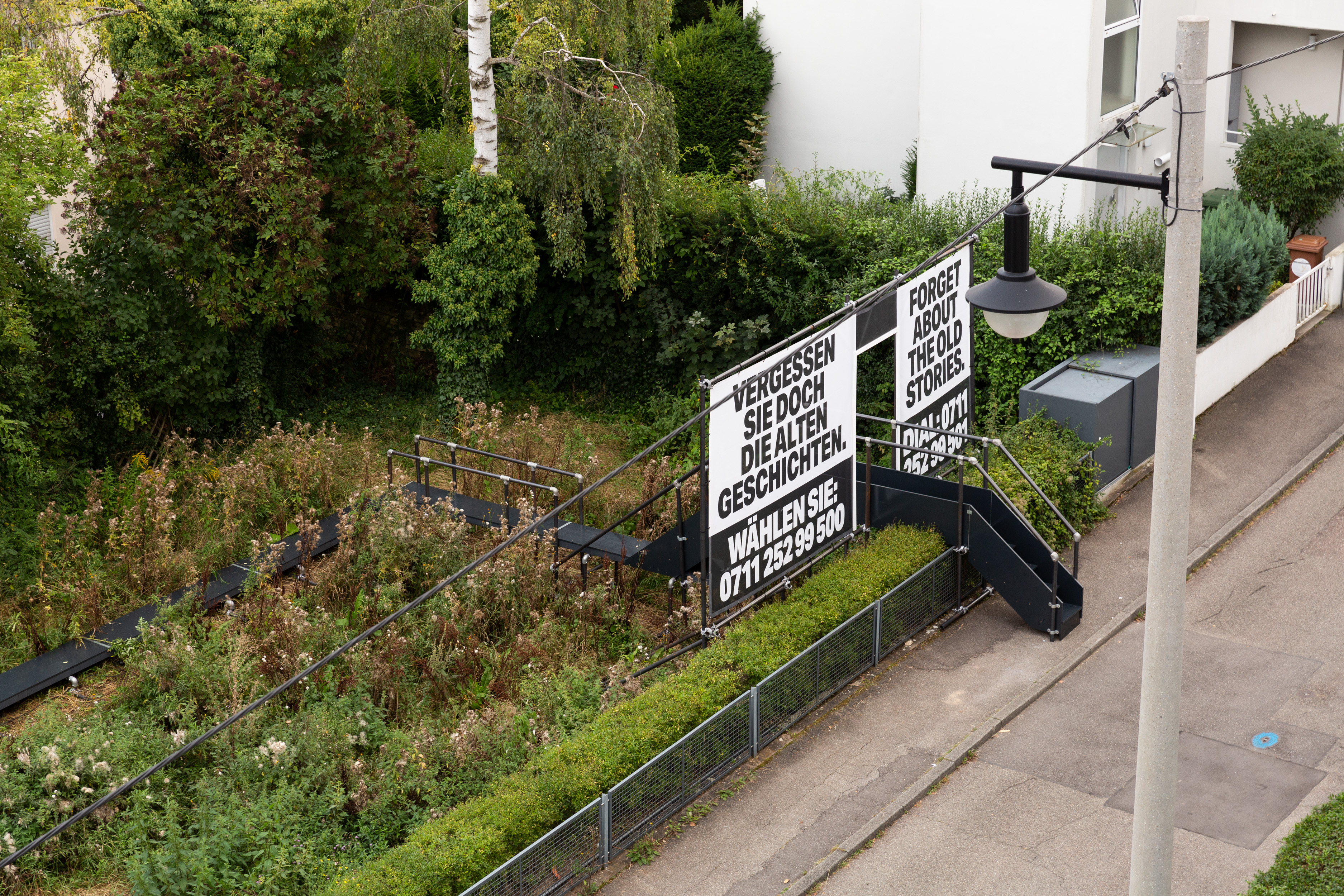 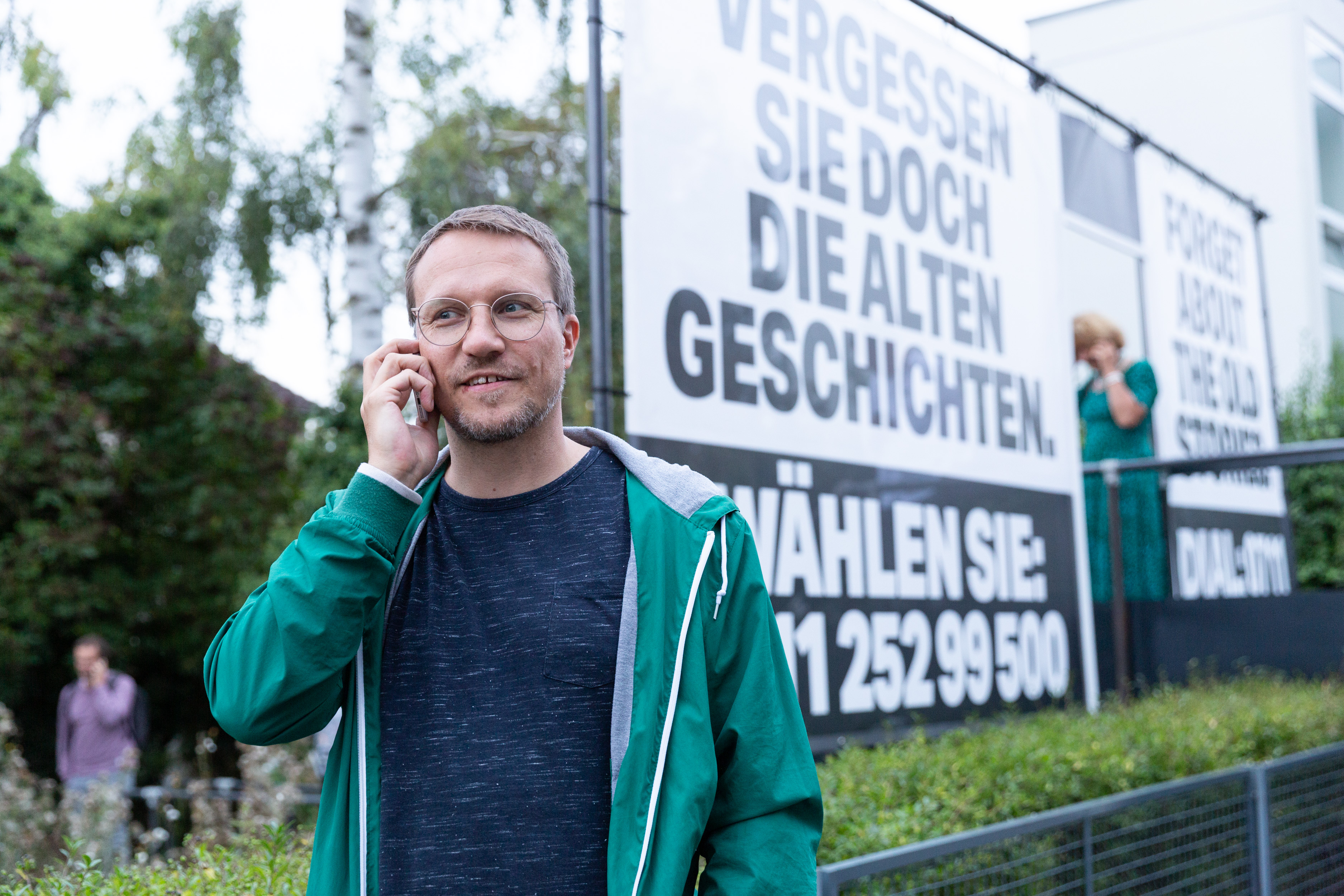 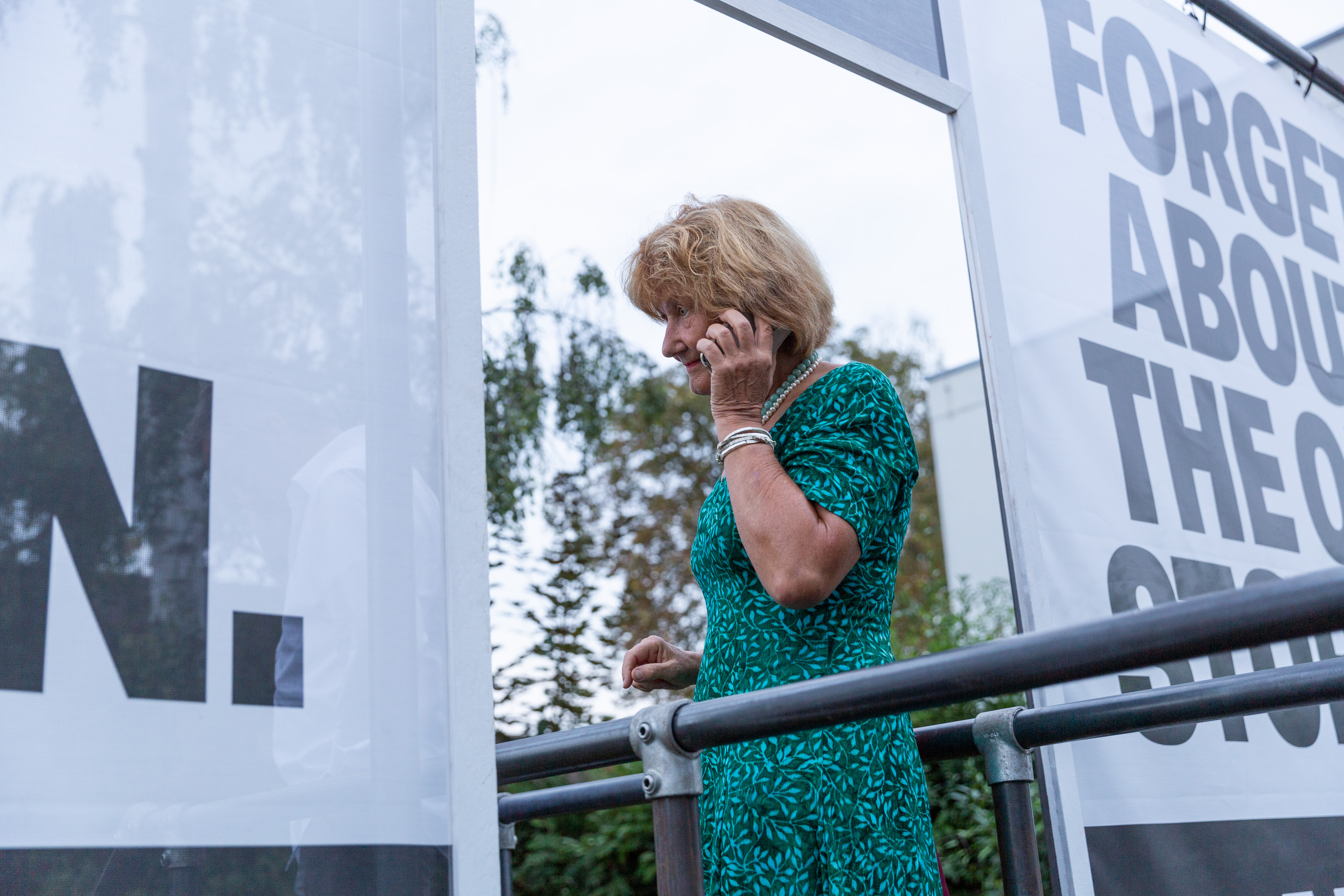 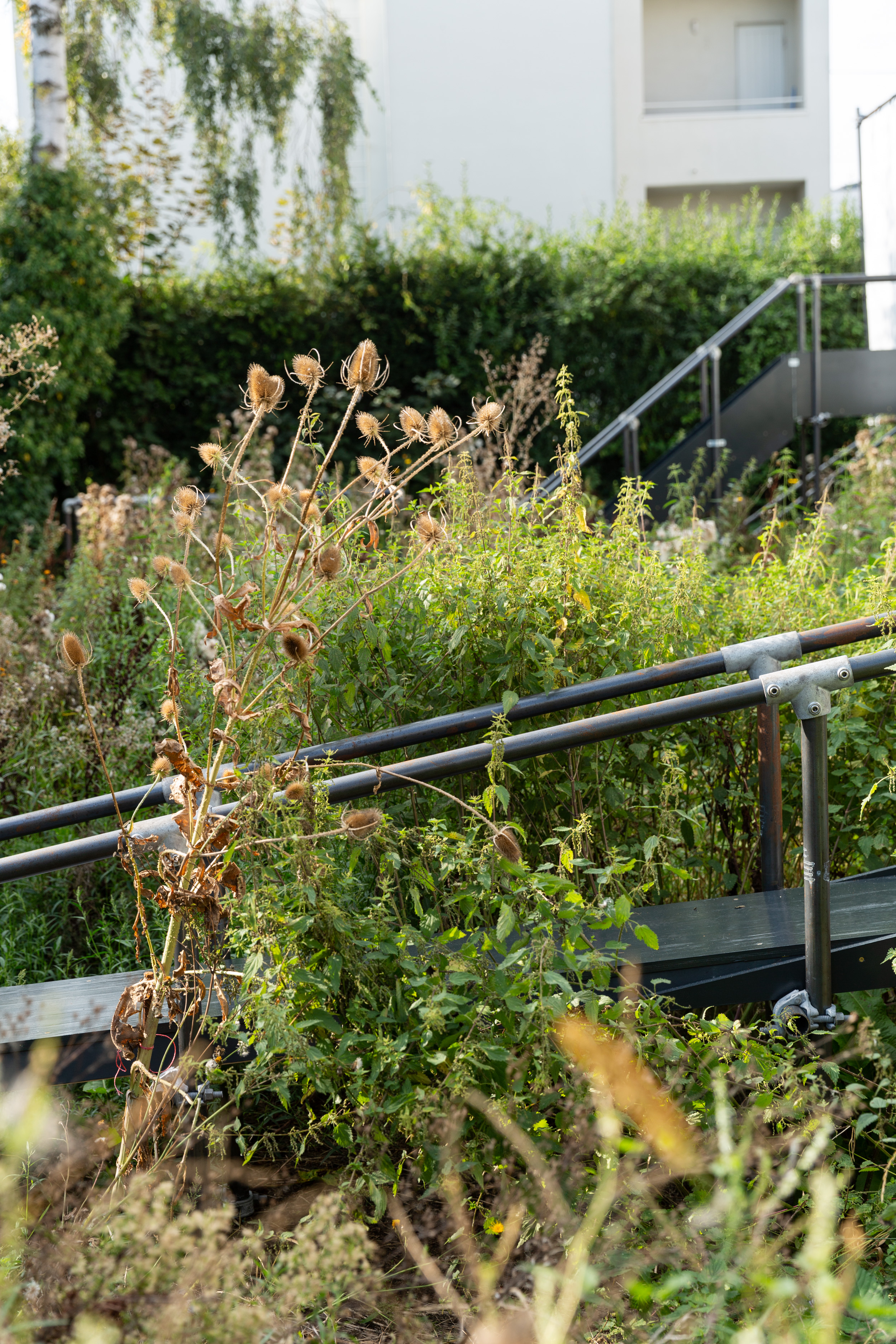